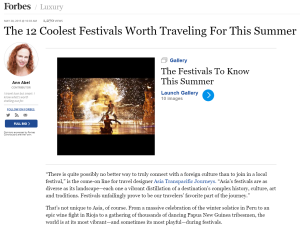 The Teatro del Fuoco ® is an Italian brand created in 2008, to enhance the Italian culture through a network of international artists and forms of expression of high quality standard and is unique in Italy. It was granted a product of cultural tourism and innovative marketing by the President of the Italian Republic and it combines unique choreography with music, dance, mime, acrobatics and fire and light. It has been on tour for eight years in the Mediterranean islands with particular enphasis to Sicily where Etna, the most important volcano in Europe is situated, on the island of Stromboli in the Aeolian Islands, and Palermo. Artists from Slovakia, Hungary, Poland, Italy, Argentina, France, Germany, New Zealand, Israel, Australia and Kenya share the cultural codes of “The Civilization of Empathy” by Jeremy Rifkis, in individual and group behaviour.

With the Teatro del Fuoco, Amelia Bucalo Triglia has created the show Tricolore for the Ministry of Defence in Rome. The show was judged particularly suited to seduce viewers, and in recent years shows have been about energy, femininity, fertility, passion, spiritual rebirth and others.

“It ‘s an honour, and well-deserved recognition for the whole network of artists and collaborators – says Amelia Bucalo Triglia, author of major events – since the very beginning we have believed in the power of a multi-ethnic show with Italian soul to enchant,but we have never excluded the high technical quality of the artists. As Forbes writes, the Festival is the best way to make contact with foreign cultures, and today, with the significant flow of tourists in Italy and in Sicily, in particular, we need to consolidate the most obvious potential to produce real social development. The next goal of the Teatro del Fuoco is a foundraising to allow us to represent our culture with this Italian show abroad. The next event in the Mediterranean Islands is planned in 2016 in the last week of July and beginning of August, but we do not exclude the possibility of representing our individual performances in Teatro del Fuoco Shows during during the rest of the year.